If you sell books on Amazon, you know the marketplace is pretty cutthroat.

There are thousands of sellers out there, and most of them are constantly undercutting competitors with an automatic Amazon repricer tool to get more sales.

This competitiveness makes automated repricing of your inventory non-negotiable.

Because everyone else is using repricing software, you have to use it too.

If you don’t, you’re not going to sell many books.

Fortunately, there are quite a few repricing tools available.

One of these tools, RepriceIt, is a cut above the competition when it comes to the specific needs of Amazon booksellers.

To understand why, we need to talk about the two different types of Amazon repricer tools and the impact each has on your bottom line.

While there seem to be more Amazon repricer tools than there are atoms in the universe, they all fall into one of two categories: responsive or schedule-based.

When someone matches or undercuts one of your offers, the responsive repricer is notified and immediately initiates a price change in response.

This price change can take anywhere from 15 seconds to five minutes to go into effect, depending on the repricer you’re using.

A schedule-based repricer operates on a fixed schedule.

It doesn’t react to other sellers’ price changes, but reprices when you tell it to.

RepriceIt is the only schedule-based repricer I’m aware of.

The software limits you to a maximum number of price updates per day. As a result, most RepriceIt users choose to update prices every couple of hours.

Why you shouldn’t use responsive repricers to reprice books

On the surface, a responsive repricer seems better than a schedule-based repricer.

Well, there are a couple of reasons.

The biggest problem with responsive repricers is that they work a little too well.

The main benefit of using a responsive repricer is that it increases your chances of being the lowest price when the next buyer comes along.

Because it responds instantly to any price changes, you’ll spend more time as the lowest offer and increase your chances of winning the Buy Box.

This aggressive repricing strategy is excellent for products that get multiple sales a day, as there won’t be enough downtime between buyers for a repricer battle to kill the margin.

But most books don’t sell multiple times a day.

Hell, most books don’t even sell multiple times a week.

Most of the books in your inventory will go a long, long while without selling a single copy.

As such, using a responsive repricer in an effort to sell these books faster may hurt you in the long run.

Here’s the crux: if you’re the only seller on a given listing using a responsive repricer, you’re probably going to get the next sale. You’re free to monopolize the Buy Box without affecting the price all that much.

…you’re going to crash the price.

I experienced this far too many times when I was using Amazon’s repricer.

I would set up an item to reprice, go to bed, and wake up to find the price had dropped by $10.

When I checked the repricing history, I would find evidence of a vicious fight to the death with another seller and their repricer.

The price dropped a few cents a minute, and only stopped falling because it hit my minimum price threshold.

I would think to myself, “Great. Now the price is $10 lower and I’m still not the lowest price. What was the point of this again?”

The point was to have the lowest price as often as possible, so I could beat out other sellers and basically guarantee that I would get the next sale.

But more often than not, this strategy backfired.

Whenever I encountered another seller using a responsive repricer, we almost always drove the price down until one of us hit our minimums — and that person was usually me.

It was usually me because my “opponents” using aggressive repricers were usually mega sellers.

You know the ones — high volume sellers with 10,000+ feedback ratings.

These sellers care about turnover speed more than anything else.

This means they’re fine with tanking the price because they just want to sell the book as quickly as possible to make room for their next wave of books.

I don’t have vast distribution networks bringing books to my doorstep.

So I set conservative minimum prices, which meant the mega sellers won out in the end.

Whenever I went toe-to-toe with them, I only succeeded in lowering the price.

I rarely actually secured the next sale because we would usually hit my minimum price before the next buyer came along.

Once the price hit my minimum, the mega seller would price their offer right below mine, and that would become the new status quo until the next buyer came along.

So what’s the takeaway from all of this?

The slow pace of the book market and the low minimum prices of mega sellers make using responsive repricers an exercise in futility.

Unless you want to join the mega sellers in their suicidal race to the bottom, you’re better off using a slower schedule-based repricer that keeps you somewhat competitive but doesn’t kill your prices.

The other issue with responsive repricer tools is that they require a lot of upkeep.

For each item you want to reprice, you have to tell the software how to reprice it.

This entails setting a minimum price, maximum price, and repricing rule for each and every product.

This isn’t much of a hassle if you’re selling private label products, or even if you’re doing retail arbitrage, as you’re generally selling many units of a few products.

But if you’re selling books, you’re sending in single units of thousands of different books.

You’d have to set a minimum price, a maximum price, and a repricing rule for each one of those books — and setting those parameters takes time.

Setting min and max prices isn’t too bad if you know how to manipulate a spreadsheet — just take the initial price and decrease/increase by some percentage.

But assigning each book an appropriate repricing rule becomes a painful exercise in futility when you have thousands of items to deal with.

On top of this initial setup, your minimum prices often have to be tweaked based on the market conditions.

If the price drops below your minimum price, you’d have to manually change that minimum price if you want to keep competing for the next sale.

On the whole, using a responsive repricer to keep your inventory competitive simply isn’t worth the extra effort.

This is the other reason I recommend a schedule-based repricer — once you set it up, you can forget it exists.

Why RepriceIt is the best Amazon repricer tool for selling books

Because responsive repricers aren’t up to the task of selling books on Amazon, the only alternative is a schedule-based repricer.

And the only schedule-based repricer I’m aware of is RepriceIt.

Even if there were alternatives, I don’t think I’d switch.

RepriceIt is reliable, affordable, and hands-off — it does everything I need it to, and I don’t see how another tool could improve on its simplicity.

Reason #1: It won’t crash your prices

RepriceIt doesn’t have this problem.

Because it’s schedule-based, it will only lower the price a few times a day.

This does make your offer less competitive, but it preserves the price, which I deem more valuable than increasing my odds of getting the next sale.

You might have to wait longer for the sale if you’re using RepriceIt instead of a responsive repricer, but it will come eventually.

Once the more aggressive sellers with responsive repricers sell their copies, there’s a good chance the next sale will be yours.

RepriceIt is the most affordable third party repricer out there.

It starts at $9.95, and goes up based on the number of items in your inventory.

Reason #3: You can set it and forget it

One of the best things about RepriceIt is that you can basically forget it exists once you set it up.

You can’t do that with responsive repricers, as they require constant maintenance and upkeep.

I started an Amazon FBA business to provide me with passive income while I worked on other ventures (like this website).

Spending an inordinate amount of time micromanaging my inventory pricing is antithetical to why I began doing this in the first place.

So for me, while there might be slight benefits to micromanaging a responsive repricer, the extra effort required just isn’t worth it.

My finite time on this Earth is better spent doing other things, and I assume the same is true of you.

RepriceIt is the best repricer tool for Amazon booksellers.

What’s more, they have a free 30-day trial, so there’s zero risk in trying it out.

Note: I’ve received a few messages about this article, so I want to clarify something.

Manual repricing is absolutely effective, and is required if you want many of your books to be priced optimally. I recommend everyone keep repricing manually at some level, even if you’re using a repricer.

That being said, booksellers with thousands of books in their inventory simply cannot manually reprice all of them. There are too many, and it would take far too much time.

So if you do need to use a repricer, I recommend using RepriceIt for the reasons stated in this article. I just wanted to clarify that manual repricing is an essential part of the process, and you shouldn’t rely on a repricer alone to keep your books competitive. 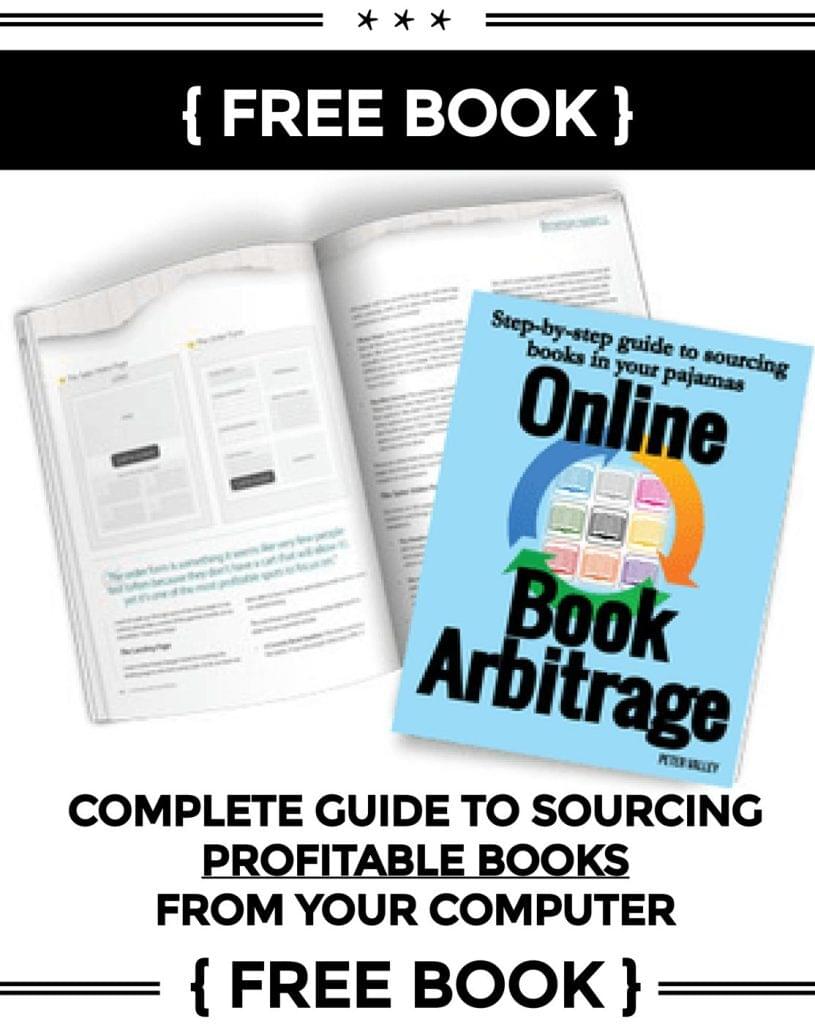